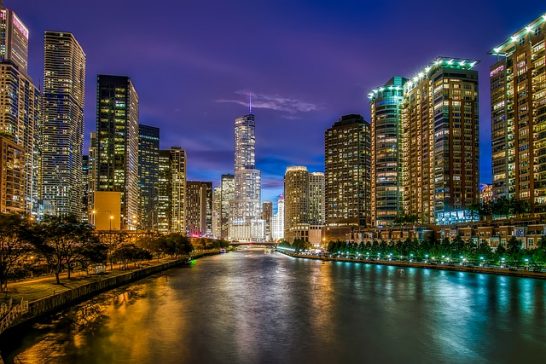 CHICAGO—In one corner of the U.S. job market, the first weekend in January is the most important of the year.

At the annual meeting of the American Economic Association this weekend, thousands of economics graduate students were interviewed by universities, private firms and institutions like the Federal Reserve and International Monetary Fund hunting new talent.

The affair is comparable to the National Football League’s annual scouting combine every February, where players go through tests and stunts that help determine how they will fare in the NFL draft.

Instead of wearing tight uniforms and being asked to run a 40-yard dash, students here wear awkwardly fitting suits and are given five minutes to show their mastery of econometrics and prove their research could change the world.

“This is a super high-stakes game,” said Martin Beraja, 32 years old, who completed his Ph.D. at the University of Chicago in 2016 and scored a position at the Massachusetts Institute of Technology after interviewing at the conference last year. “You live for this for two or three years.”

“It’s a tremendous burden for young people to go through this two-day process that will determine the rest of their lives,” said John List, chairman of the department of economics at the University of Chicago. “I wouldn’t wish it on my worst enemy.”

The conference has grown to become a major hub for recruiting. Job postings have gone up nearly 40% in the last decade alone, with 3,673 new jobs listed for 2017, according to JOE.

As size and diversity have grown, so too has the pressure on students.

Tatyana Deryugina, 32, who got her Ph.D. from MIT in 2012, recalls preparing for the AEA conference by writing out flashcards with questions she thought she might be asked. A month before the conference, she spent half her day reading the cards and half her day presenting her job market paper. Now an assistant professor of finance at the University of Illinois at Urbana-Champaign, she works with her students on preparing for the AEA.

Elizabeth Botkins, 27, a Ph.D. candidate at Ohio State University, said the most stressful part about the experience is not knowing whether you are preparing properly. If you’re doing something wrong, said Ms. Botkins, “you can’t fix it until it’s too late.” Her job market paper explores the impact of health insurance on health behavior.

Patrick Lapid, a 38-year-old Ph.D. candidate at the University of California, Berkeley, said he flew to Chicago on Wednesday, a day before the conference began. He practiced walking around from hotel to hotel and tried to acclimate to the freezing temperatures.

“You can get lost pretty easily,” he said. His job market paper explores enrollment at four-year colleges.